Some kind of black magic happened in my life this week…..
My baby actually napped. In her cot.
Yep, you read it right, in her actual cot!!
It may have only been for 22minutes, but you’ve gotta take the small wins for what they are.
I’ve been trying for a while now for the cot napping, but it just wasn’t happening. There were either a LOT of tears (from her too) or a very awake Olivia lying there, chatting and giggling as I death stare the baby monitor, willing her to sleep.

We’ve often relied on the sleepyhead for her daytime naps and when she’s out and about, she’ll sleep in the pram/car seat. So it’s probably my fault for not introducing this sooner (Screw you mum guilt!) I’ve persevered with it though and we may finally be making progress?!

This does however, lead me to asking the question…. What kind of witchcraft is involved in making your baby sleep for longer than half an hour?! I swear if there was a potion, the person could make millions! Olivia is a huuuuge fan of the ‘power nap,’ as I like to call it. JUST when you think it’s safe to leave the napping zone and venture out for a hot cup of tea/shower/put a wash on, these little eyes ping open.
Yep love, that’ll be 28minutes on the dot then.
I’ve tried all the conventional methods, and sometimes, just sometimes, she’ll do that miraculous thing where she’ll wake after a little bit, do a little tour of the room with her eyes and decide that she’ll drift off back to sleep again (Obviously that’s at a time when there isn’t a hot cup of tea and a biscuit moment to ruin.)
During these episodes, she can sometimes sleep for an hour/90 minutes, which is bloody amazing.
It’s happened about 3 times in her whole existence but at least i know it can happen.
But seriously, is there any tips from knowing mums as to how to try and lengthen them? I’ve googled ‘How can I make my baby nap longer’ so many times that it now comes into the box after I’ve typed the first letter…..
Before the 6month mark, we lived in a blissful routine of about 5 power naps a day – it worked pretty well for both of us. But as we all know, babies LOVE to lull us into a false sense of routine security before switching it up entirely. Now she’s dropping naps left, right and centre but not elongating her nap times. So we’re left with an overtired ‘dream’ by the evening. Has this happened to any others? How did you go about solving this? 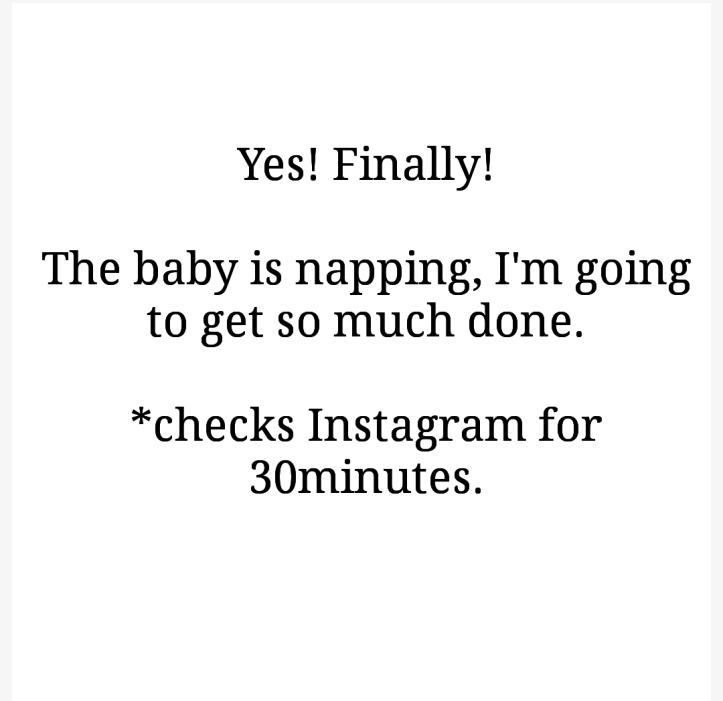 There are so many do’s & donts surrounding baby sleep (….and literally everything else baby related for that matter)
‘Don’t feed your baby to sleep’
‘Let them learn to self-settle’
‘If you use a dummy, you’ll regret it’
‘NEVER co-sleep’
It’s no bloody wonder that a lot of us are anxiety-ridden nightmares when it comes to sleep, naps and routines. It’s hard to know what the right thing to do is. I’m not ashamed to admit that at the peak of my sleep deprivation, I co-slept, fed to sleep AND stuck a dummy in afterwards. If I dared put Liv in her crib awake, the whole street would know about it. You just do what you have to do to get through those long nights. Similarly, there’s a LOT of napping advice out there and its trying to figure out what will help our particular situation. I guess its all trial and error isn’t it?
I feel like we’ve pretty much nailed the bedtime routine. She can go down in her cot fairly awake and self settle within minutes at that time.
So why, oh why, does she fight it so much at nap times?! Its absolutely soul destroying seeing them SO tired that they can barely open their eyes, yet fight it to the death. I just don’t understand why they fight it so much?! If someone said to me that I could nap multiple times through the day, do you think I’d wait around to be told twice?! I’d be giving it big zeds at ANY opportunity given. Its probably the cruelest thing out there that babies come programmed to fight sleep when you’re at the most sleep deprived stage in your entire life. I realise a lot of it is knowing your babys cues and jumping on that tiny window of opportunity at which they’re tired but not so overtired they can’t sleep.
Livs window seems to last 0.7seconds at the minute.
Maybe introducing some sort of routine would maybe help me so I’d be more aware and know to look out for these cues?

I’ve never been overly stressed about having a nap routine (HAH!) as apart from the baby classes, I can be really flexible with my days, so I don’t want to force certain times on her in which she has to nap. I fully believe that she’ll develop her own little routine in her own time as that’s what she’s done with other things such as feeding and bedtime etc. But it probably wouldn’t hurt to give her a little helping hand along. ANYTHING to avoid the sleep fighting battles.

Ultimately, what I’m slowly starting to realise, is that there is no ‘wrong’ in motherhood as long as what you’re doing is through love and trying the best you can. Something I’m definitely doing. I’m sure she’ll figure it out eventually and i know there’s not some ‘magic cure’ out there for it, but its just nice to hear similar stories of people going through it or even better, those who have been through it and made it to the other side.

In the meantime? I’ll be here enjoying my 20minute housework catch up, 30second shower and my lukewarm cup of tea. #mumlife

Seven Weeks Old ❤️ Torn between wanting her to stay this way as long as possible, and wanting this horrible, horrible time to pass. . So thankful the girls are completely unaware of what's going on around them.
I think Rosies face demonstrates the way we're all feeling internally at the moment.... A different Mothers Day from what we all expected/wanted but a lovely one spent with my girls and being treated to an afternoon tea at home from the husband. Although im gutted to not be spending time with my own mum at the minute, its so important for everyone to adhere to the guidance and stay safe ❤️
Looks like I've got another daddys girl on my hands..... ❤️
Be More Liv. The innocence of toddlers and babies is a small positive throughout this situation. Although liv doesnt know whats going on as such, she does understand theres been a change to her routine and constantly asks for her shoes and coat to be put on to go out...Fortunately we have a garden and the beach is a 5min walk from us, which means we can practice social distancing easily enough without losing our minds. Hopefully everyone is keeping safe ❤️
Six Weeks of this chunky little monkey 🐒😍 - First little smiles, reserved purely for Liv. - Cluster feeding all evening but giving me 5hr blocks of sleep some nights 😴😍 - Spending more time with those peepers open, and a lot more settled thanks to the reflux meds. - Keeping me going, along with her sister during this uncertain time ❤️
This little chunk turned 5 weeks old and now weighs 9lb 7oz 💪.... Still having good & bad days - after going over a lot of her symptoms with the health visitor, she reckons she's probs got a bit of silent reflux, so its off to the GP to see what can be done. Although im gutted at the thought of another reflux baby (its horrible seeing them scream in pain) I'm hopeful that cos we've caught it earlier this time, the treatment might work quicker and I'll have a more content little babe again ❤️ Anyone any experience of silent reflux?!
%d bloggers like this: